Bobby Lashley’s actions after his match against Omos and MVP had the whole world talking. After prevailing in his 2-on-1 handicap match against his former manager and the latter’s new client, he proceeded to declare his intentions to challenge for the world championship.

Lashley’s post-match celebrations saw him walk over to a fan at ringside, grab their WWE Championship replica and pose with it. The All Mighty’s tweet confirmed that his intentions were to reach the top of the mountain and become champion once again. However, this task will not be easy as he will be up against the absolute best in the company today, Roman Reigns.

To put it into perspective, Reigns hasn’t been pinned or submitted in nearly three years. He has been champion for more than a staggering 645 days, which means no matter how dominant a wrestler The All Mighty is, he will be the underdog in a match against The Tribal Chief.

There are pros and cons to the former WWE Champion being the one to get a shot at Reigns before anyone else. On that note, here are two reasons why WWE should book Bobby Lashley as Roman Reigns’ next challenger and two why they shouldn’t.

#4. Why Bobby Lashley should be Roman Reigns’ next challenger: He is massively over with the WWE Universe

If WWE wondered whether fans were invested in Bobby Lashley, they got their answer at Hell in a Cell. He was extensively cheered by the WWE Universe, who chanted his name and hyped up his moves. Keep in mind that this happened amidst an average feud against Omos and MVP.

If Lashley’s popularity is that high, it makes complete sense to shoot him straight to the top and have him challenge Roman Reigns. Fans firmly being in his corner would instantly make him the biggest babyface in the company.

It would also see Reigns being booed out of every building the pair meet in. WWE needs wrestlers who fans want to see dethrone The Head of the Table, and in The All Mighty, they have that challenger.

#3. Why Lashley shouldn’t be Reigns’ next challenger: It’s a highly predictable matchup

Don’t matter the odds, you can’t stop the All Mighty!

Chicago, y’all were on

Think I made that pretty clear tonight. 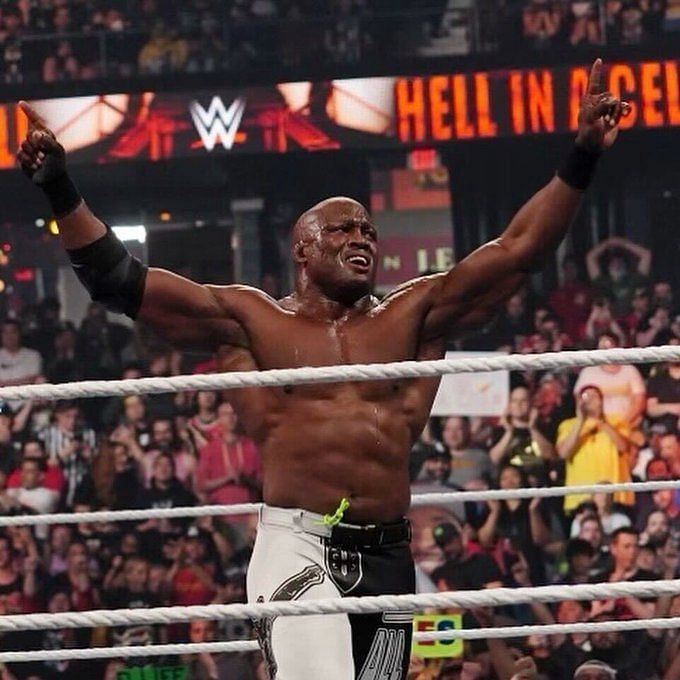 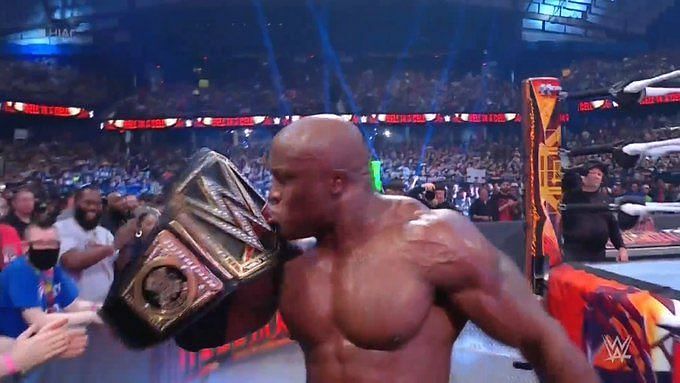 While everyone loves Bobby Lashley and sees him as a worthy rival to Roman Reigns, WWE shouldn’t book this match solely due to how predictable the outcome would be.

Forget the champion being the favorite and look at who all are advertised for upcoming shows, and it is clear that WWE’s plans involve Reigns staying champion at least until he meets Drew McIntyre at Clash at the Castle.

As such, we do not doubt that Lashley will put up a great fight, but he’ll ultimately fall to The Tribal Chief. The result of such a bout is a foregone conclusion even today, and that’s why it shouldn’t be booked.

#2. Why Lashley should be Reigns’ next challenger: He has a good record against him

Bobby Lashley is a force of nature and a top competitor on the WWE roster. He is also one of the very few to hold a clean win over Roman Reigns, having pinned him clean as a whistle at Extreme Rules 2018.

While Reigns did level the score a week later, that was the last time the two men faced off in singles competition. The stage is set for a tiebreaker, and WWE would be wise to book it.

Lashley is one of the last credible challengers left to face the Undisputed WWE Universal Champion. Given how he has only faced SmackDown Superstars as his challengers, it is time for The All Mighty to represent RAW and give the top dog a raw challenge.

#1. Why Lashley shouldn’t be Reigns’ next challenger: Riddle has the more believable reason to challenge him

As impressive as a Roman Reigns versus Bobby Lashley match would be, it doesn’t make complete sense to book it as far as current storylines go. There is one man who has to face Reigns after what he and his cousins did to him and his friends, and that is Riddle.

The Bloodline has been screwing Riddle over for weeks now. They stole RK-Bro’s RAW Tag Team Championship through foul play and since then have been a constant thorn in his side. The King of Bros. has been left on his back on both RAW and SmackDown more times than we can count.

Props must be given to WWE to keep Riddle hot despite the losses and beatings he has taken. They should keep this momentum going and have him challenge, in his words, “The Tribal piece of trash.” The storyline between Riddle and The Bloodline has been going on for many weeks now, and it deserves a payoff in the form of a title match. Lashley can wait a little longer.