The new face of WWE, fresher storylines – 4 reasons why Roman Reigns could finally lose at Clash at the Castle

With SummerSlam in the history books, WWE is now moving forward with its next premium live event, Clash at the Castle. The main event of the Cardiff show has already been announced as Roman Reigns will be defending his Unified WWE Universal Championship against Drew McIntyre.

The Scottish Warrior earned the opportunity by overcoming his rival, Sheamus, in a Good Old Fashioned Donnybrook match. The Tribal Chief is also riding high on the momentum as he recently defeated Brock Lesnar in a brutal Last Man Standing Match at SummerSlam.

#4 It’s time for a new poster-boy for WWE

The Universe in my hands. #SummerSlam 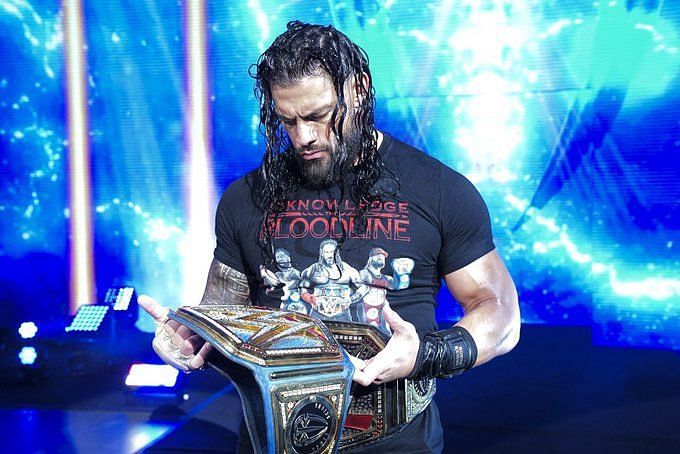 Since returning from a four-month hiatus at SummerSlam 2020, Roman Reigns has been a mainstay in the main-event scene, becoming a focal point of WWE programming. As such, the Tribal Chief became the poster boy and has been continuously featured in advertisements.

However, Reigns has been at the pinnacle of the men’s division for almost two years. While he has done a tremendous job, too much of everything is bad, and his presence might’ve made the main-event scene stale.

The timing is perfect for bringing in a new poster-boy who will replace the Tribal Chief as the new face of WWE. Drew McIntyre has all the tools to fill Roman’s shoes, but it would also be intriguing for Theory to assume that role.

The CLAYMORE is taking @DMcIntyreWWE all the way to @WrestleMania! 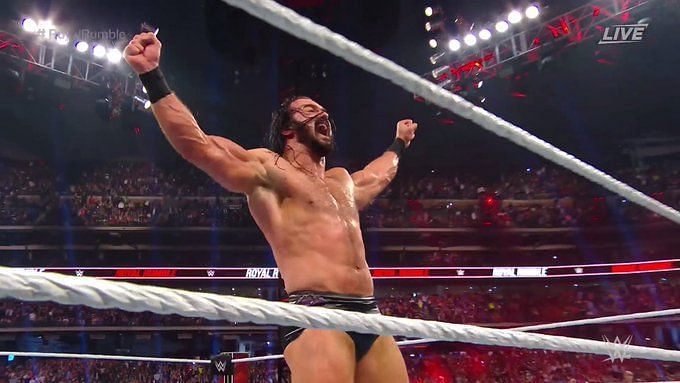 The Scottish Warrior’s ascent to the top began in January 2020 when he won the Men’s Royal Rumble Match after last eliminating, ironically, Roman Reigns. While it was memorableble, his WrestleMania moment did not match the same level of energy.

Due to the pandemic, WWE had to host WrestleMania 36 inside the Performance Center without a single fan in attendance. McIntyre defeated Lesnar to win the top prize and finally achieved his dream, but there was no crowd to witness his magical moment. Fans bring in an unmatchable vibe to the arena, and their absence took some of the beauty out of McIntyre’s reign.

However, it’s time to give the Scottish Warrior his moment with the fans. He is overwhelmingly popular amongst European fans. Hence, sending Reigns to Claymore County and winning the World Championships will generate a massive response.

#2 WWE’s long-term plans with Roman Reigns may not be worthwhile.

From the moment Reigns started his Tribal Chief gimmick, fans started calling for an anticipated dream match with the Rock. The Usos and the Wild Samoans may have acknowledged Roman Reigns, but the Hollywood mega-star has not done the same.

While Reigns vs. The Rock does make sense from a storyline perspective, the dream encounter will sell out at any stadium on any given night. The Head of the Table has defeated some of wrestling’s greatests – John Cena, Edge, Golderg, etc. A win over the Rock will only reinforce the dominance that fans have become accustomed to and will not accomplish anything new.

Furthermore, thrusting the Great One into the spot-light will take attention away from full-time talent, which never bodes well in the long-run.

Only two Superstars who can dethrone Reigns are present at the moment – Theory and McIntyre. Either of these men would give way to newer storylines that would freshen up the main-event scene.

McIntyre could renew his rivalry with Sheamus. Gunther may be the Intercontinental Champion, but he would love a shot at the top prize. The Scottish Warrior could also have another round of matches with the Beast Incarnate once he is back from another hiatus.

Theory, on the other hand, would be an entirely new face in the main-event scene. Potential challengers for him could include Bobby Lashley, Seth Rollins, and Riddle. The company may build towards John Cena vs. Theory, and adding the world championships will only enhance the program’s potential.

Do you think it’s finally time for Roman Reigns to lose? Sound off in the comment section below!