Factions are often comprised of villains of the squared circle. They typically unite to overwhelm the opposition and experience safety in numbers. If a faction of three or more stars target an individual, that solo superstar will have their hands full.

Whether a WWE Superstar is tired of being outnumbered and assaulted or if they begin to believe in what the faction represents, sometimes change is needed. On rare occasions, the targeted star decides “if you can’t beat them, join them”.

Below are 4 unexpected times a WWE Superstar or legend has joined a rival faction.

Ju dgment Day is one of the most dominant factions in professional wrestling today. The stable was initially led by WWE Hall of Famer Edge. Leading up to WrestleMania 38, the former WWE World Heavyweight Champion began showing a darker, more twisted side of himself. He believed he would enlighten those intelligent enough to listen to what he had to say.

At WrestleMania 38, the second member of the group was revealed to be Damian Priest. Then, just a month later at WWE WrestleMania Backlash, Rhea Ripley also joined the fold. From there, the trio feuded with AJ Styles, Liv Morgan, and Finn Balor. While a trio of quality talents united to fight Judgment Day, they were more often than not outnumbered.

After the three superstars lost at WWE Hell in a Cell, Finn Balor reached out to Rhea and Damian to join the stable and Edge happily welcomed him into the fold. Only for Balor, Priest, and Ripley attacked their now former leader. Finn joined a rival stable, but he may now end up leading it.

The Nexus was one of the most dominant factions in the 2010s. The powerful faction initially featured all eight stars from WWE NXT’s first season. The eight wrestlers were Wade Barrett, Skip Sheffield, Heath Slater, Darren Young, David Otunga, Michael Tarver, Justin Gabriel, and Daniel Bryan.

Nexus attacked John Cena, among others, in their memorable debut in 2010. Cena then feuded with the stable for the rest of the year. In WWE’s Hell in a Cell, The Face That Runs The Place took on Wade Barrett. The match had a few stipulations. If Wade Barrett were to lose the bout or if anyone in The Nexus interfered, the group would have to disband. If Wade were to defeat Cena, the leader of the Cenation would have to become part of The Nexus.

Cena lost that bout due to interference via two stars from the second season of NXT, Michael McGillicutty and Husky Harris. They later went on to become Curtis Axel and Bray Wyatt. Due to Barrett winning, Cena was forced to become a member of the faction for a brief time. 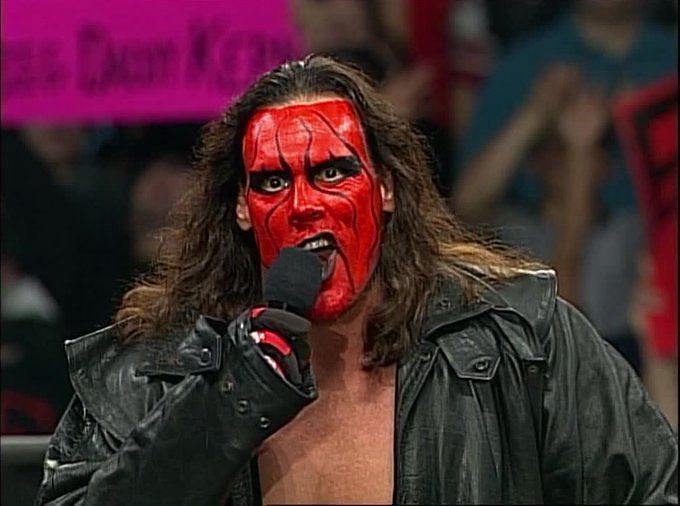 The New World Order is one of the best known factions in professional wrestling history. The group initially began in 1996 when Kevin Nash and Scott Hall jumped ship from WWF to World Championship Wrestling. Hulk Hogan turned heel and joined The Outsiders, leading to nWo dominating the company for the next few years.

The WCW Superstars struggled to compete against the nWo, but Sting put fear into the hearts of the New World Order. The Stinger regularly targeted the nWo and even battled Hollywood Hogan at WCW Starrcade 1997.

Eventually, the egos of the New World Order were too much and the group split into two halves. One side was nWo Hollywood with the other being the nWo Wolfpac. The babyface Wolfpac eventually featured another pro-WCW star, Lex Luger. Lex convinced his good friend Sting to join the faction to battle black and white.

The Nation of Domination first formed near the end of 1996 when Farooq dropped his gladiator gimmick and linked up with a lawyer named Clarence Mason. Together, they created a stable that over the course of several years featured Crush, Savio Vega, The Rock, D’Lo Brown, Mark Henry, and others.

Ahmed Johnson was the group’s biggest rival early on. Farooq feuded with Johnson and it carried over once the stable was created. Following WWE WrestleMania 13, Farooq was frustrated with The Nation and kicked out several members.

Promising a “bigger, badder, better, and blacker” Nation, Farooq recruited both Kama and his former rival, Ahmed Johnson. Unfortunately for Johnson, he was injured almost immediately upon joining the group and was later kicked out. He resumed feuding with them once he recovered.

Sometimes superstars in the past have aligned themselves with the motto “if you can’t beat them, join them”. At other points, the stars joined because they were forced to do so. The drama surrounding stables in wrestling often times leads to exciting stories.