Reigns will face Lesnar in a Last Man Standing Match billed as their last. The two have faced each other twice in 2022, with Reigns winning on both occasions. Though it would make sense for Lesnar to win their third bout in 2022, the current plan is for Reigns to retain.

Dave Meltzer of the Wrestling Observer Newsletter stated that the expectation is for McIntyre and Reigns to have a major match at Clash of the Champions. Meltzer added that WWE has kept the two apart till now to build this match:

“The main event for Clash at the Castle in Cardiff is expected to be Reigns vs. Drew McIntyre. The winner of Reigns vs. Lesnar faces the winner of the McIntyre vs. Sheamus Irish Doneybrook (no DQ, no count out) match on the 7/29 SmackDown show in Atlanta. As noted months ago, when the long-term plans, which always change, were made, it was Reigns vs. McIntyre as the headline bout, which is why the two have not met this year on a PPV show 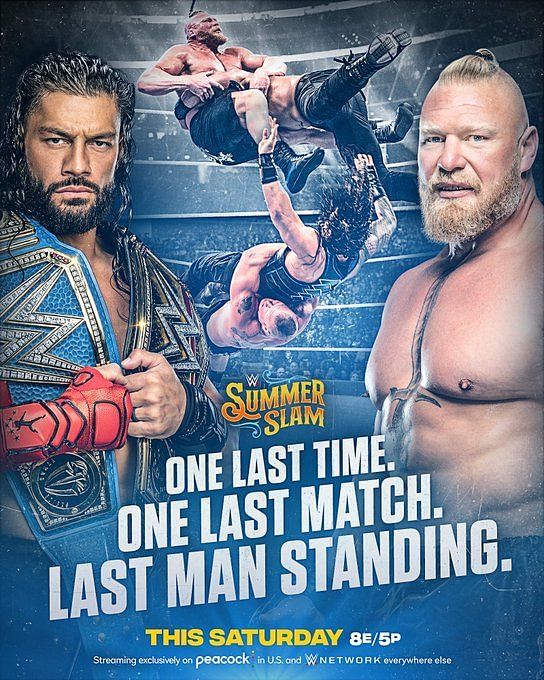 The report also stated that The Tribal Chief is expected to return to live events. Reigns is being advertised for a house show in Ottowa on August 20. He signed a new contract this year with WWE whereby he wasn’t expected to work live events, which makes it a bit surprising.

With Lesnar and Reigns working a part-time schedule, it would make sense for The Scottish Warrior to be the next WWE Universal Champion at Clash at the Castle in front of his home crowd. It will take place on September 3 in Cardiff, Wales.