Lewis Hamilton finished a distant 11th on a troubling day for Mercedes at the Hungarian Grand Prix.

As Charles Leclerc attempted to put his race-ending crash five days ago in France behind him by racing to the top of the timesheets, Hamilton finished 1.1 seconds adrift of the Ferrari driver. 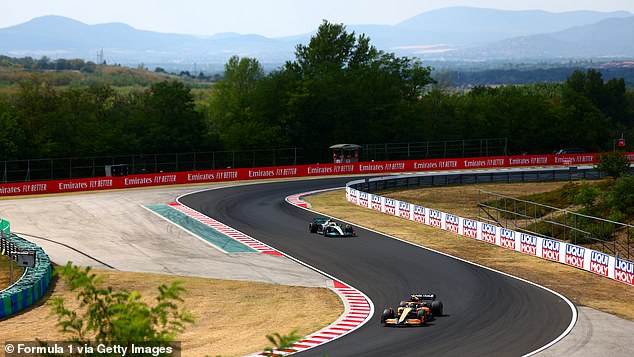 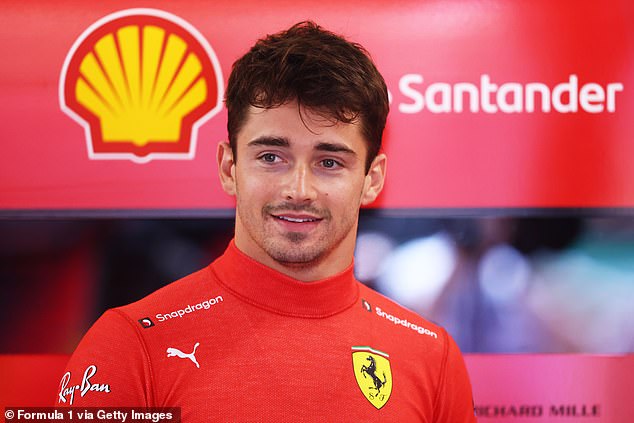 Ferrari’s Charles Leclerc led the pack with a 1:18.445 fastest lap at the Hungaroring

But the silver cars were off the pace again at a scorching hot Hungaroring – the venue of Formula One’s final race before the summer break – with both drivers complaining.

‘How far off are we?’ asked Hamilton, after completing his opening lap on the medium rubber.

‘1.9 to the same tire?’ was Hamilton’s disbelieving response.

Later, Hamilton called his machine ‘unstable’ after he ran off the asphalt at Turn 4.

Hamilton has won a record eight times at the Hungaroring, but the British driver is facing an improbable task of adding to that tally considering Mercedes’ problems at the venue. 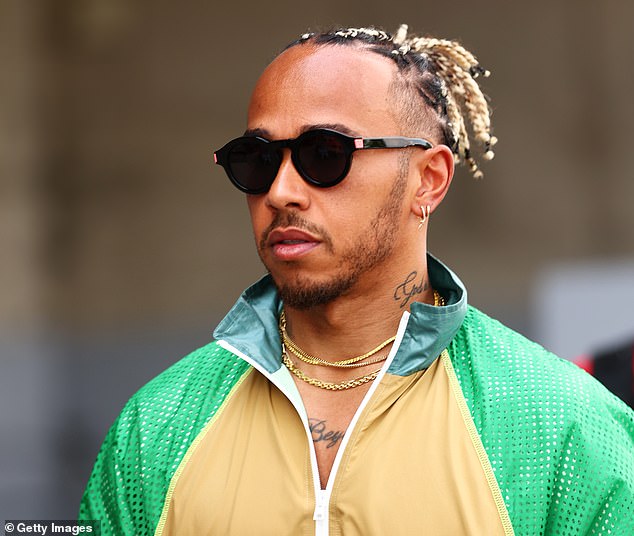 Hamilton has the most wins in Hungarian Grand Prix history, most recently in 2020

Russell, who finished in eighth, was equally frustrated.

He yelled: ‘What the hell is going on at Turn 1? I just can’t get round the first corner without locking up.’

Leclerc locked himself away in his Monaco apartment after the accident at Circuit Paul Ricard which leaves his championship hopes hanging by a thread.

The Monegasque heads into the 13th round of 22 with a 63-point deficit to Verstappen – the equivalent of two-and-a-half wins – but he will take some comfort from leading the way on Friday. 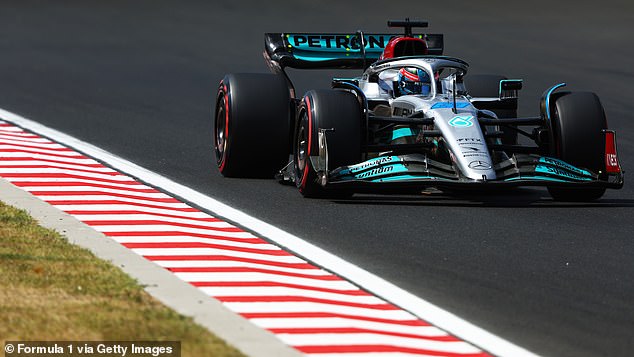 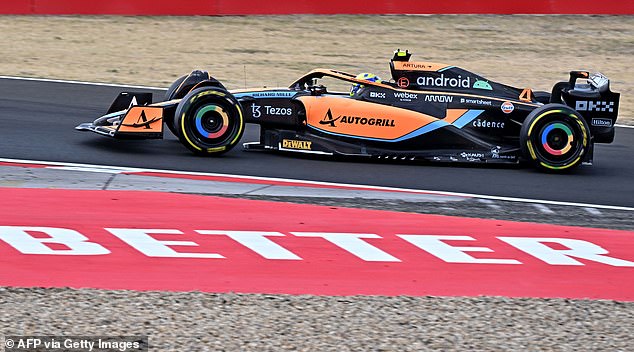 The surprise package of the day was Norris in his McLaren. The British team introduced a radically revised car at the last round, and, after he qualified fifth and finished seventh in France, Norris delivered another strong display in practice.

The 22-year-old finished just two tenths back from Leclerc, ahead of Sainz and Verstappen with his team-mate Daniel Ricciardo fifth.

On the occasion of his 41st birthday, two-time world champion Fernando Alonso took sixth, one place ahead of Sebastian Vettel, who on Thursday announced he will be retiring from the sport at the end of the year.

After winning the Monaco Grand Prix in May, Sergio Perez has struggled for performance and the Mexican was half a second adrift of Red Bull team-mate Verstappen in ninth.