Ellen Barkin said that there was a ‘world of violence’ around Johnny Depp in a deposition that wasn’t aired at his $100m libel trial with Amber Heard.

The actress said in the video deposition that Depp looked down on people he thought were beneath him and once called an assistant ‘pig’.

Barkin, 68, agreed that the star of the Pirates of the Caribbean films could be charming and said in the deposition that ‘most abusers are.

She also claimed that the first time they had sex Depp ‘gave me a Quaalude and asked me if I wanted to f***’.

The claims are revealed in newly unsealed documents from the Depp vs Heard case, which ended with a jury awarding Depp a net $8.35m for his ex-wife defaming him with a 2018 column in the Washington Post. 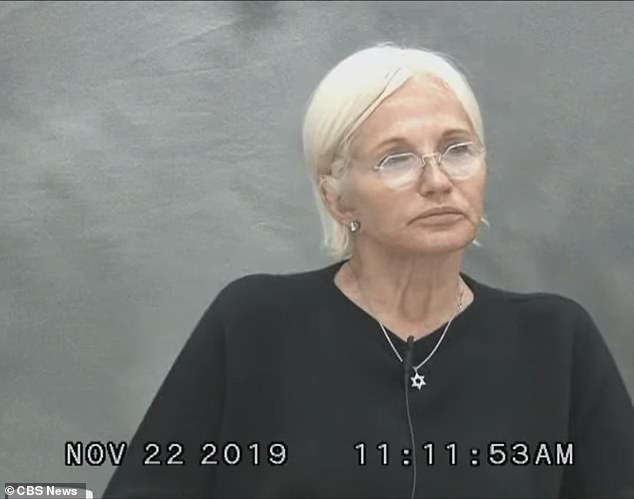 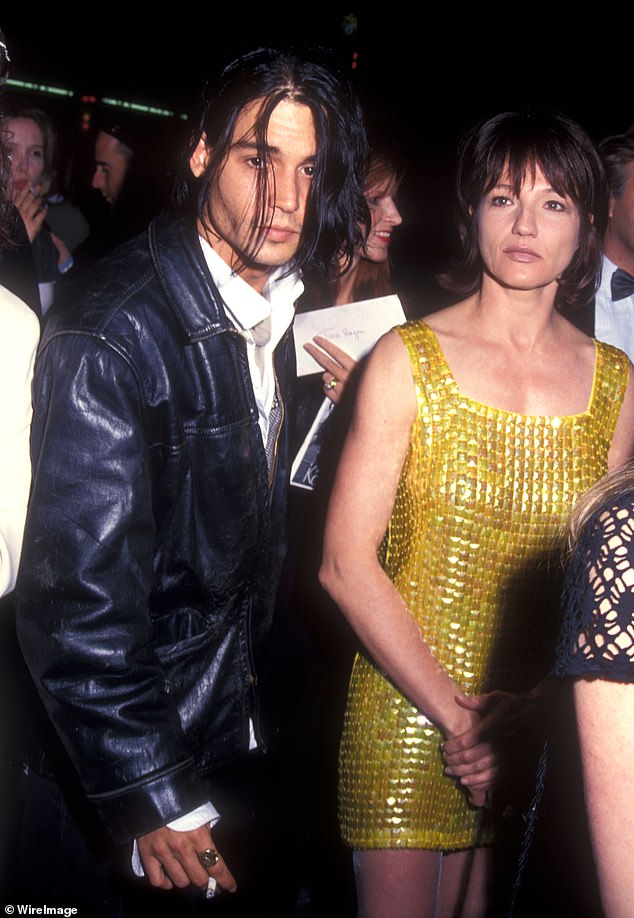 Depp and Barkin starred in the 1998 movie ‘Fear and Loathing in Las Vegas together, they began dating afterward

The court in Fairfax, Virginia, has denied a request by Heard, the star of the Aquaman films, for a mistrial. She has appealed the verdict.

Barkin, 68, said she met Depp around 1990 and stayed close to him for 10 years, including starring together in the film Fear and Loathing in Las Vegas.

Their association ended when he threw a bottle of wine at her in a hotel in Sin City.

While the jury did see some of Barkin’s video deposition, the transcript of the remainder was unsealed this week.

In the text, Barkin was asked if Depp could be incredibly charming.

She replied: ‘Most abusers are’.

Asked to clarify she said: ‘I meant the big umbrella term of abusers’.

Talking about the incident where Depp threw a bottle of wine at her, Barkin said she ‘wasn’t surprised’ as ‘there was always an air of violence around him’.

She said: ‘He’s a yeller, he is verbally abusive. And those things you can see’.

According to Barkin, there was ‘just a lot of yelling’ when Depp was around.

Asked who he yelled as, Barkin said: ‘His assistant. People who would work on the film maybe in what he would view as a lower capacity than he functions at. There is just a world of violence’

Another example was calling one of his assistants ‘pig’, Barkin said.

Despite calling himself a ‘Southern Gentleman’, Depp’s first offer to have sex with Barkin was anything but, she testified.

Barkin said: ‘He gave me a quaalude and asked me if I wanted to f***’

Depp’s treatment of Barkin was so bad that after they broke up her brother refused to let him sit at their table when they crossed paths at a restaurant, she said.

In her testimony played to the jury during the trial, Barkin went into more detail about her time with Depp.

Asked if their relationship became ‘romantic’, Barkin said with a smile that it happened around 1994 when she ‘moved to Hollywood and he switched the buttons’.

Barkin said that the friendship went from ‘purely platonic friendship to romantic’, then asked to correct the record and said: ‘Can you change that to sexual? Thank you’.

According to Barkin, the relationship lasted several months and she would go to Depp’s house or he would come to hers three or four times a week.

Barkin said that she was ‘always aware’ that Depp drank too much.

She said: ‘He was drunk all the, most, a lot of the time’ and that Depp was a red wine drinker.

She saw him using cocaine, marijuana and hallucinogenic drugs, once telling her he was ‘tripping’.

Asked how many times this happened, she said: ‘I couldn’t even tell you. He was always drinking or smoking a joint’.

One of Heard’s lawyers asked: ‘Did there come a time when Mr. Depp acted in a way that was out of control with you?’

Barkin said: ‘Yes. Mr. Depp threw a wine bottle across the hotel room in one instance, in Las Vegas while shooting Fear and Loathing. A fight was going on, between Johnny Depp and his friends in the room, the assistant’.

Barkin could not remember if the bottle was full and it did not hit her or anyone else.

She said that it was a ‘toss’ that came from the other side of the hotel room.

Describing her breakup with Depp, Barkin said there was a ‘big goodbye’ and she didn’t hear from Depp again.

She said that during their relationship there was a ‘lot of jealous – don’t do this, don’t do that’

Barkin said: ‘He’s just a jealous man, controlling, where are you going, who are you going with. What did you do last night. I had a scratch on my back once that got him very, very angry because he he insisted it came from having sex with a person who wasn’t him’.

She added that jealous comments from Depp were ‘very common’ and he would get angry and ‘demanding’ when the subject came up.