Jeff Bezos lashed out at Joe Biden’s White House on Monday over policies he claimed risked stoking inflation, escalating a war of words over the cause of sharply rising prices that are dominating US politics in an election year.

The Amazon founder and world’s third-richest person took aim at the Biden administration’s failed Build Back Better bill, which would have increased taxes on the wealthy and large companies to pay for spending on childcare, education and programmes to curb climate change.

“Administration tried their best to add another $3.5tn to federal spending,” Bezos wrote on Twitter. “They failed, but if they had succeeded, inflation would be even higher than it is today, and inflation today is at a 40-year high.”

Bezos’s attack was an uncharacteristic outburst for one of the world’s best-known businesspeople, who has not previously used Twitter to wade into contentious political disputes.

It followed a back-and-forth with the White House that began on Friday, when Bezos criticised a tweet from Biden that suggested one reason inflation had taken off was that wealthy companies did not pay enough in tax. Bezos retorted that while high inflation and the level of taxes paid by companies were issues that deserved to be discussed, linking the two was a “non sequitur” that should be put before “the newly created Disinformation Board”.

The White House reacted scathingly to the Bezos tweets. “It doesn’t require a huge leap to figure out why one of the wealthiest individuals on Earth opposes an economic agenda for the middle class that cuts some of the biggest costs families face, fights inflation for the long haul and adds to the historic deficit reduction the President is achieving by asking the richest taxpayers and corporations to pay their fair share,” a spokesperson said.

Bezos also came under fire on Monday from Lawrence Summers, the former US Treasury secretary, who broke with most economists early last year to start warning about the rising risk of inflation. Summers called the tech entrepreneur “mostly wrong”, adding that it was “perfectly reasonable to believe . . . that we should raise taxes to reduce demand to contain inflation and that the increases should be as progressive as possible”. 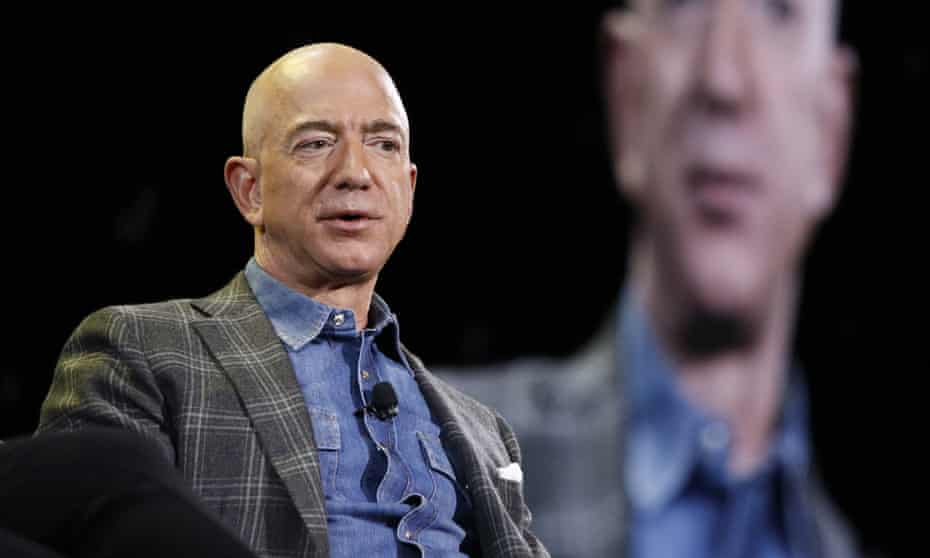 Tensions between Bezos and the White House have been exacerbated by the president’s support for organised labour, including unionisation efforts at Amazon that have been building since Biden took office 18 months ago. “It’s also unsurprising that this tweet comes after the President met with labour organisers, including Amazon employees,” the White House spokesperson said.

Since stepping down as chief executive of Amazon last year, Bezos has become increasingly active on Twitter and used it to make occasional barbed asides related to his personal views, though not with the frequency or vehemence of rival tech billionaire Elon Musk.

Last month, Bezos suggested that Tesla’s heavy dependence on sales to China could give the Chinese government leverage to force Musk to bow to censorship after his planned purchase of Twitter.

As with Musk, Bezos has shown libertarian political instincts and once waged a bitter fight with Amazon’s home city of Seattle over a proposed tax increase. Amazon has also long resisted unionisation by its employees, putting it at odds with the Biden administration.

However, Bezos has also at times backed liberal causes, including donating heavily to defend same-sex marriage in Washington state and hiring Jay Carney, a former press secretary in the Obama White House, to head public policy and communications at Amazon.

The public spat between Bezos and the White House was symptomatic of broader frictions between business and the Biden administration and Democratic lawmakers over inflation, with some officials blaming corporate America for price-gouging and taking advantage of rising prices at the expense of ordinary consumers.

However, most economists said inflationary pressures were due to a combination of factors including high demand driven by government stimulus and the rebound from the coronavirus pandemic downturn, as well as the oil price shock exacerbated by the war in Ukraine and supply chain bottlenecks that have been more persistent than expected.

Trump fires back: Elon Musk would have dropped to his knees and begged if I’d told him to