Taking to Instagram, the 24-year-old mogul posted a sweet video that featured glimpses of her four-year-old daughter Stormi and second child, whom she welcomed with Travis Scott in February. 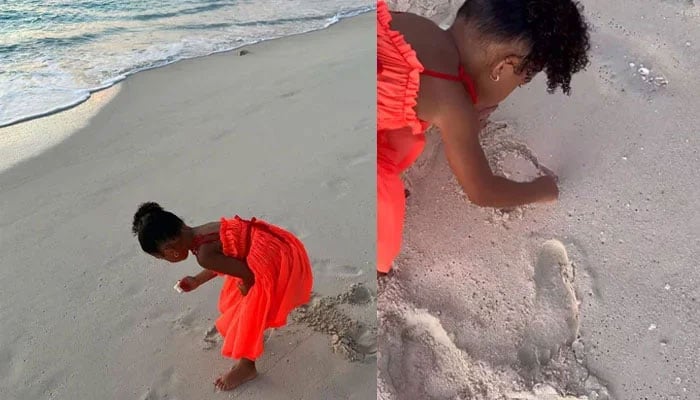 “Every day should be Mother’s Day,” the Kylie Cosmetics founder captioned the video while adding, “Thank you God for my two beautiful blessings.”

The heart-melting clip also included a sonogram image of the baby boy who was initially named Wolf however the couple decided on a different name which has been kept under wraps until now.

“FYI our son’s name isn’t Wolf anymore. We just really didn’t feel like it was him,” Jenner wrote on the Facebook-owned platform in March.

The video came after The Kardashians star was slammed for ‘snubbing’ her second child in a Mother’s Day ode to her daughter only.
“Being a young mom just means we met a little early and I get to love you a little longer,” she captioned the post.

Reacting to the alleged snub, one fan commented on the post, “Where is your other baby? You are his mom too.”

Another user mocked, “Don’t be shy Stormi, write your brothers name,” while a third said, “What about your son”