Ronaldo looks set to stay at Man Utd next season and the club already have a good idea of how to use him.
The last time Cristiano Ronaldo played in the Europa League it was still called the UEFA Cup and nobody outside of Portugal had yet heard of Jose Mourinho — or Ronaldo, for that matter.

The then 17-year-old’s sojourn into Europe’s B-list competition lasted two games and an aggregate defeat to Partizan Belgrade in September 2002. That year’s competition would won by Mourinho’s Porto, beating Celtic in the final, and almost 20 years on Ronaldo has never lowered himself to those standards again.

A month earlier Ronaldo had made his Champions League debut against Inter Milan, with Sporting losing that tie as well, which is why they dropped into the UEFA Cup. On August 14, 2002, Ronaldo was up against Javier Zanetti and Christian Vieri and neither had yet turned 30.

This is a roundabout way of saying this was a long time ago. Since those two UEFA Cup appearances that season, there have been 187 games in the Champions League for Ronaldo and 141 goals, but that run is over, for now, and perhaps forever.

United’s failure to qualify for next season’s competition has left Ronaldo on the outside looking in, but so far there has been no indication he wants to leave Old Trafford despite the absence from the Champions League and the inevitable knock-on effects that means the Ballon d’Or will be out of reach.

The 37-year-old has at least one more year left on his United contract and, if he remains at the club as expected, then he will be a big part of Erik ten Hag’s plans for next season. The Dutchman has already labelled his centre forward a “giant” and United will surely rely on his goals once again.

The question now is whether he will add to those two appearances in the UEFA Cup by playing in the Europa League this season. For now, the answer should be no.

Ronaldo is at a stage in his career where playing twice a week simply isn’t advisable, especially in a year that will include a winter World Cup where he’ll be eager to go deep into the competition with Portugal.

He gave another indication of his longevity by scoring twice in the Nations League fixture against Switzerland on Sunday, his 116th and 117th international goals, and adding to that tally in Qatar will surely be a certainty.

To keep him fresh for the Premier League — which is United’s absolute priority for the coming season — and the World Cup, there is little point in Ronaldo lacing up his boots for Thursday night football. 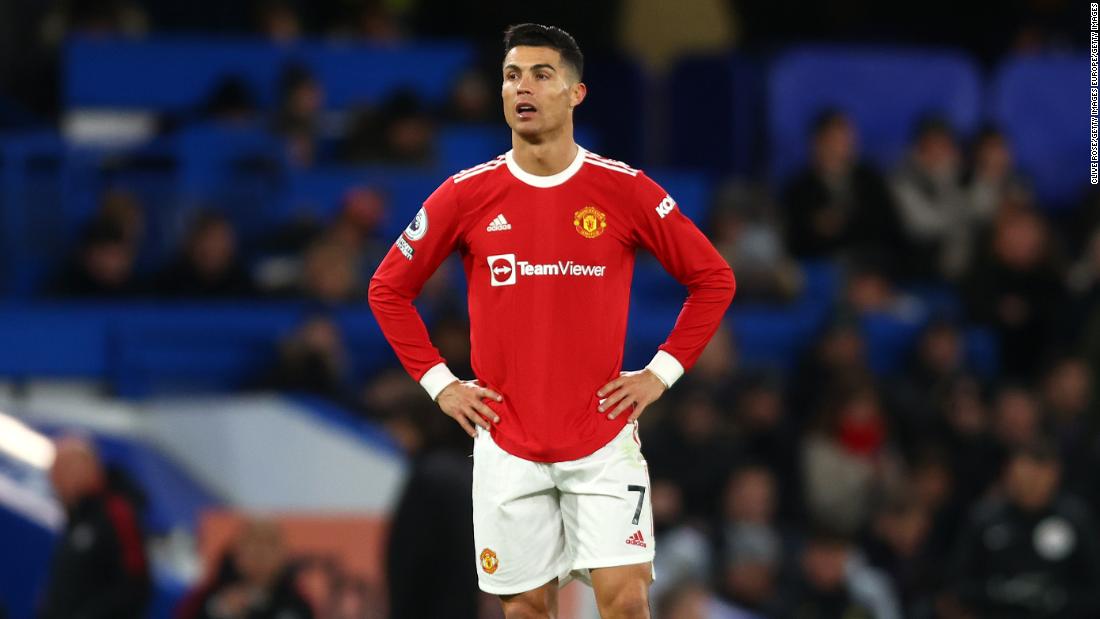 The presence of that winter World Cup is having a knock-on effect on the domestic calendar this season, with the group fixtures in UEFA club competitions having to be played in a hurry, with all six coming between the first week in September and the first week in November.

Premier League fixtures are yet to be confirmed but that’s likely to mean midweek action almost continuously from the start of September until November 13, when the season hits pause to fit the World Cup in.

Keeping their key players fresh will be a challenge for every manager, but if United are to make a positive out of being in the Europa League it is that Ten Hag can make changes for the group stage games.

With United planning to operate on a lighter squad this season that should mean opportunities for youngsters, while it also means the chance to rest players. At 37, Ronaldo should be right at the top of that list.

Finishing in the top four and securing a return to the Champions League must be United’s priority and Ronaldo’s goals will be vital to that. If it can be achieved that there might yet be an opportunity for the forward to add to his appearances in that competition, even at the age of 38.