Mercedes engineer Andrew Shovlin says the team can “understand a lot of the problems” Lewis Hamilton has faced in motorsport after the seven-time champion was racially abused. Shovlin said Hamilton was under attack after entering a “predominantly white British industry” and praised his driver for trying to change the attitude within the sport.

He said Hamilton does recognize it “takes a lot of time to change prejudice” in sport and stressed the team and Hamilton were involved in long-term programmes to drive change. Speaking to Sky Sports News, he said: “He’s a very important and much-loved member of the team and having worked with Lewis here for the last 10 years you can understand a lot of the problems he would have experience growing up in motorsport.

“Which for a lot of years was a predominantly white British industry. That’s why he’s put so much of his energy behind changing it and so many important initiatives we have got here. 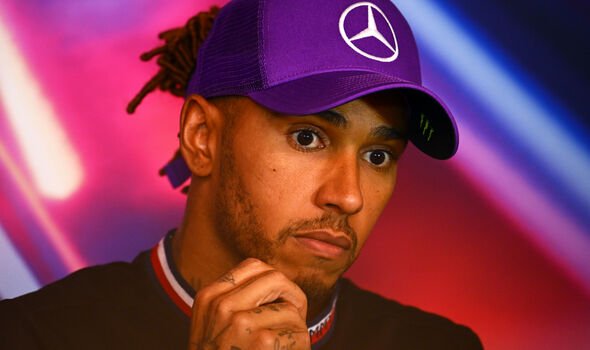 “The Accelerate 25, Lewis’ charitable work with the team at Ignite. They are all part of that.

“But, he recognizes it takes a lot of time to change prejudice, to change opinions and that’s why these are all long-term programmes.” It comes after Nelson Piquet made a racial slur describing Hamilton when discussing the incident between the Mercedes star and Max Verstappen at Silverstone last year.

The clip was filmed last November but has been resurfaced on social media ahead this week’s race. Hamilton hit back at the comments as he claimed the “time has come for action”.

He said: “It’s more than language. These archaic mindsets need to change and have no place in our sport. I’ve been surrounded by these attitudes and targeted my whole life. There has been plenty of time to learn. Time has come for action.”

The FIA were also shocked by the comment as they expressed their sympathy with Hamilton.

They said: “The FIA strongly condemns any racist or discriminatory language and behavior, which have no place in sport or wider society. We express our solidarity with Lewis Hamilton and fully support his commitment to equality, diversity and inclusion in motor sport.”