Verstappen is the current leader and has built up huge momentum recently, having won every race he has finished this season bar one, while Charles Leclerc’s early advantage has capitulated due to a series of issues.

We head to the British Grand Prix next and it prove pivotal in the title race this season. Last time out, Hamilton and Verstappen were involved in a high-speed collision and it promises to be filled with lots more drama once again.

Ecclestone takes aim at Hamilton
Bernie Ecclestone has fired shots at Lewis Hamilton and has sensationally suggested the Mercedes ace lied about his back pain in the aftermath of the Azerbaijan Grand Prix. Hamilton has struggled to assert his dominance on the track this season as his car has struggled with porpoising issues which arose after teams were forced to redesign their vehicles in the wake of regulation changes over the winter.

Following the Azerbaijan race earlier this month, in which Hamilton was jolted up and down in his car, the 37-year-old appeared to be in huge discomfort as he nursed a back injury after getting out of his vehicle. And the veteran later insisted his pain was “100 times worse” than it looks. But Ecclestone is having none of it. 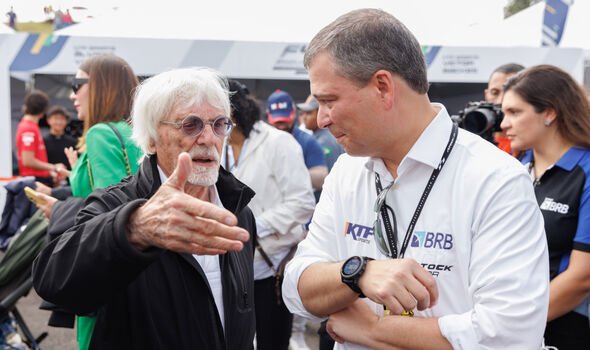 Coulthard weighs into Hamilton and Russell debate
Lewis Hamilton has been outshone by his new Mercedes team-mate George Russell this season and has fallen two places behind him in the F1 Drivers’ Championship standings. But David Coulthard doesn’t think the debate about which driver is better can be settled until they have qualified for a Grand Prix in the top two positions.

Russell got the opportunity to race for the Silver Arrows in F1 at the start of this season after replacing Hamilton’s ex-team-mate Valtteri Bottas. And the 24-year-old has impressed during the first half of the season, claiming four podium finishes, despite the fact the Mercedes cars have been struggling with porpoising issues.

Hamilton, meanwhile, has looked out of sorts this year and hasn’t been able to make the impact he would have liked. But Coulthard isn’t convinced that Russell is now a better driver than the seven-time world champion and says it won’t become clear who is superior until Mercedes sort out the problems and the pair starts a race in first and second position. 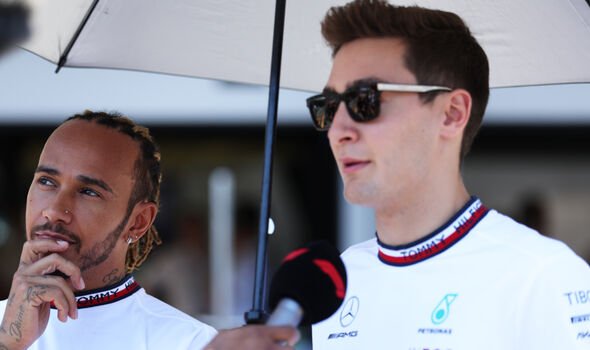