North Korea has launched three missiles towards the sea – hours after Joe Biden left Asia, where he promised to bolster measures to deter the nuclear-armed state.

South Korea’s Joint Chiefs of Staff said all three were fired in less than an hour from Sunan, Pyongyang – with the first thought to be an intercontinental ballistic missile.

In what marked the nation’s 17th round of weapons testing this year, the second missile appeared to fail mid-light, while the third was a short-range ballistic missile.

It comes amid concerns North Korea is preparing for its first nuclear test since 2017 as Supreme Leader Kim Jong-un threatens to strengthen his nuclear forces at ‘maximum speed’.

The pointed farewell was performed ‘strictly in accordance with the provisions of international law’ and was not directed against any other country, the Kremlin said.

But Nobuo Kishi, Japan’s defence minister, has named the move ‘provocative’ and ‘unacceptable’. 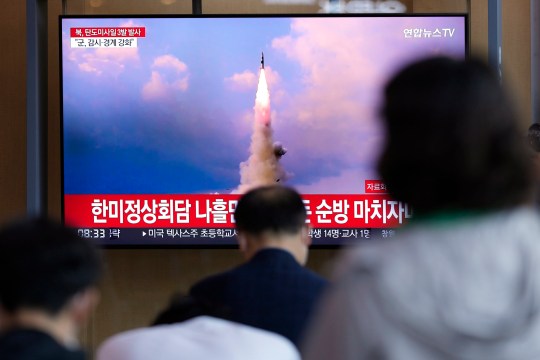 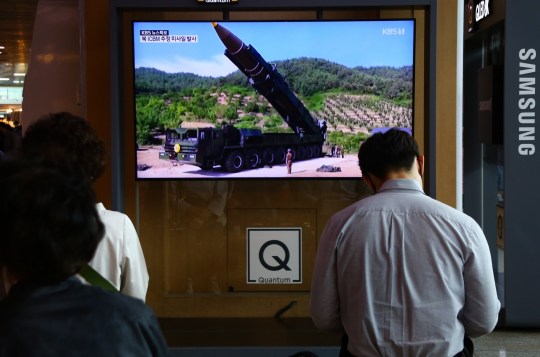 In response, the East Asian country and the US held combined live-fire drills in what officials suggested was a warning to Supreme Leader Kim Jong-un.

They also agreed to hold bigger military drills and deploy more US strategic assets if necessary.

Speaking about the missile launches, South Korea’s JCS said in a statement: ‘Our military’s show of force was intended to highlight our resolve to firmly respond to any North Korean provocations, including an ICBM launch, and our overwhelming capability and readiness to conduct a surgical strike on the origin of the provocation.’

President Yoon Suk-yeol had ordered aides to strengthen the US extended deterrence and combined defence posture following a summit with Biden in Seoul.

‘North Korea’s continued provocations will only result in even stronger, faster South Korea-U.S. deterrence, and bring deeper isolation upon itself’, Yoon’s government said in a separate statement.

However, both countries still say they are keen to step up diplomatic efforts and have called on North Korea to ‘engage in sustained and substantive dialogue’. 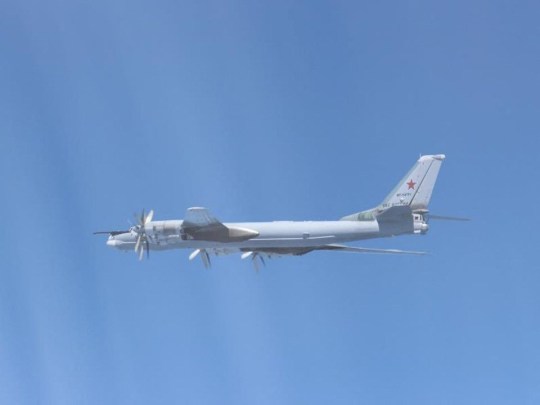 A Russian TU-95 bomber flies over the East China Sea in a picture taken by Japan Air Self-Defence Force on May 24, 2022 (Picture: via Reuters)