Rihanna is officially a MOTHER!

The singer and her rapper boyfriend, A$AP Rocky, welcomed their first bundle of joy on May 13.

According to several reports, the musical talents welcomed a baby boy last Friday.
Rihanna reportedly gave birth in Los Angeles last week, but the name of their baby boy has not yet been disclosed.

Neither Rihanna nor A$AP have confirmed the birth of their son. RiRi last posted on Instagram on May 10th while A$AP posted on May 5th.

However, a photo of Rihanna holding a newborn baby instantly began making the rounds after the news of her giving birth broke.

Did A Photo Of Rihanna’s Newborn Already Leak?!?
A Rhianna fan page Instagram account posted a photo of Rihanna in a pink-and-white checkered top bottle-feeding a precious newborn.

They captioned the sweet photo, “My Queen @badgalriri 🖤🖤🌟.”

Some fans were confused if the photo was actually Rihanna and her new bundle of love while others were insisting it was absolutely NOT her baby.

Umm… her body, her choice!

Many others commented, “Congratulations,” along with balloon, confetti and heart emojis. 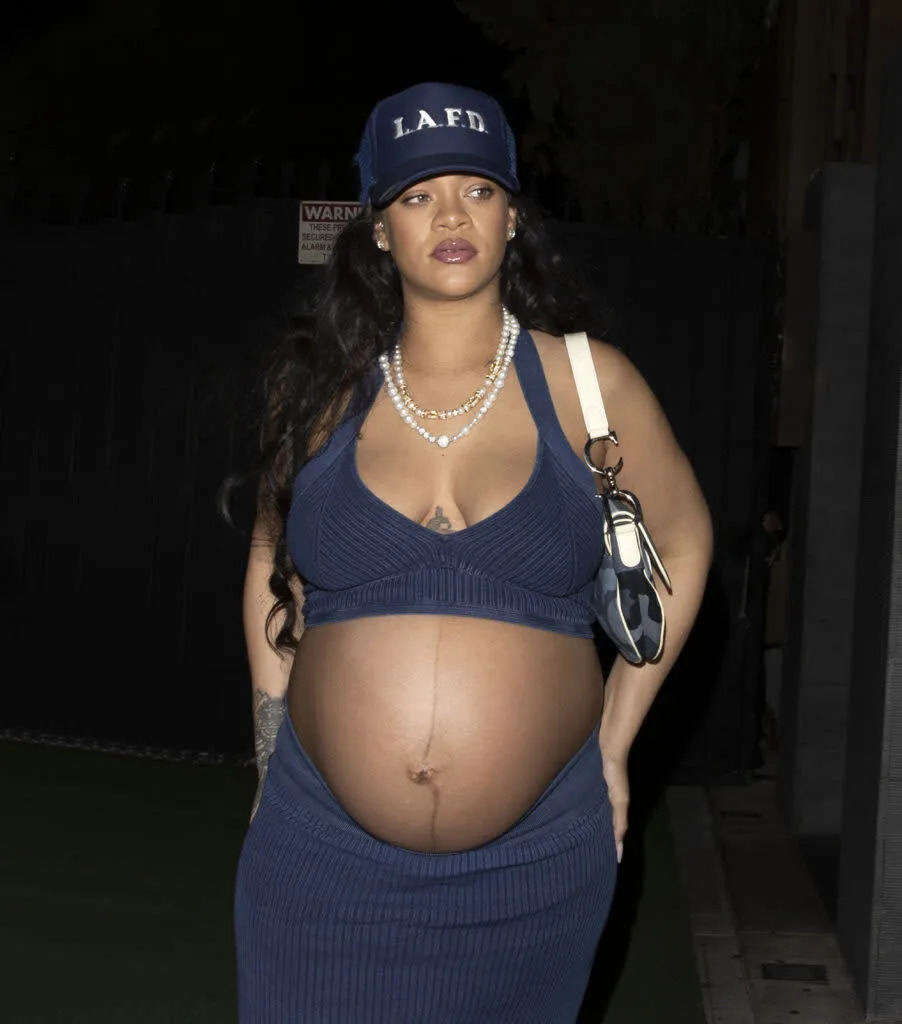 Diehard fans of the singer were quick to note that the photo is old and not of her son.

One devoted fan set the record straight writing, “This is her holding her niece. Like just please wait and see til you really hear or see it if on Google or the news anybody can show a pic like this.”

The bottom line, this photo has been circulating online for years. It is definitely NOT the newborn baby. But, we can understand why it’s making its way around social media.

Rihanna and A$AP Rocky announced they were expecting their first child together in January.

They made the announcement with a lavish New York City photoshoot. 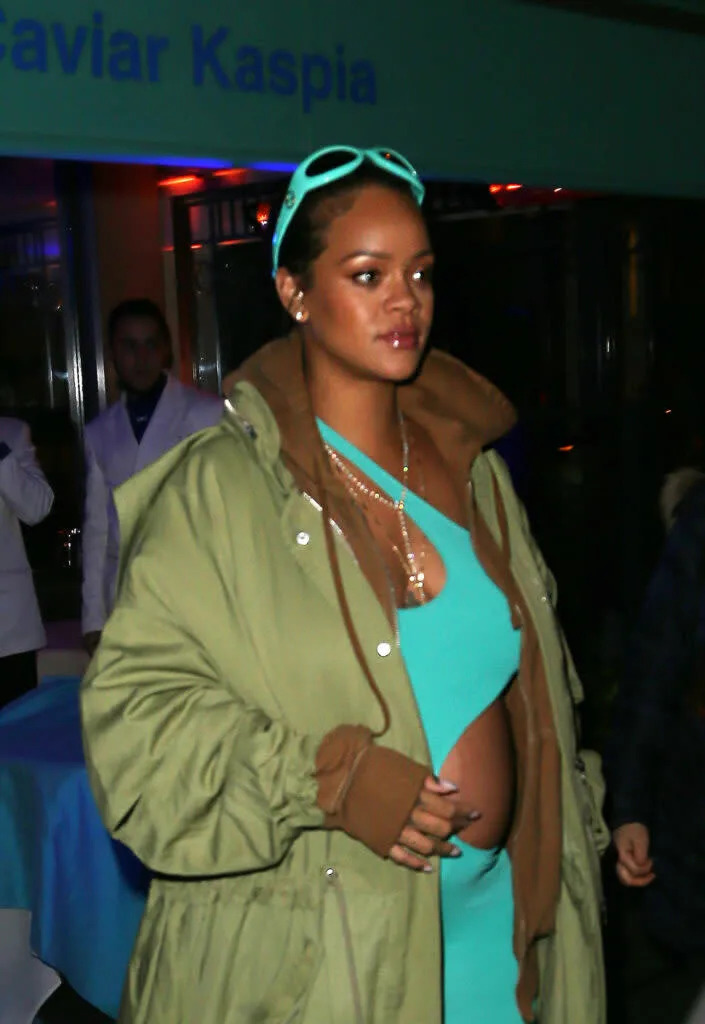 Once the cat was out of the bag, Rihanna and her baby bump made the world their catwalk. The “Rude Boy” singer really broke the boundaries of maternity fashion.

She often flaunted her bare bump by wearing bra tops and bejeweled embellishments.

The road to Baby RiRi-Rocky hasn’t been an easy one, especially close to her due date.

In the months leading up to giving birth, A$AP was rumored to be cheating on Rihanna with a Fenty designer. He was also arrested at LAX in connection to a November 6 shooting.

The Blast previously reported the rapper was taken into custody in April after flying into LAX.

Rocky had flown into Los Angeles from Barbados on a private jet. Sources say the rapper was confronted by police at the terminal and led away in handcuffs.

He has been in Rihanna’s home country of Barbados celebrating their last hoorah before baby.

According to NBC News, A$AP’s attorney, Alan Jackson, confirmed that the rapper had been arrested. He was booked into the jail at 12:42 PM with a bail set to $550,000 dollars, according to the Los Angeles County Sherriff’s Department booking report.

Mayers posted his bail and was released about three hours after posting bond. He has a court date set for August 17.

Police also executed a search warrant at his home in Los Angeles and were said to have retrieved some items from the home.

How Rihanna and A$AP Rocky Becoming Parents Has Changed Them and Their Stance on...

CELEB GISTS Juliana Lloyd - August 7, 2022 0
Rihanna and A$AP Rocky may be going out and getting photographed by paps more often, but don't let their more regular outings fool you...