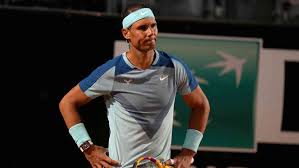 Rafael Nadal was scheduled to participate in an exhibition match in Argentina, but the negotiations fell through with another party now seeking legal action.

Carlos Costa, Nadal’s agent, handled the negotiations to participate in the event, and according to Lisandro Borges and Arturo Alacahan, he abruptly withdrew, forcing them to suffer significant financial losses. The two intended to get Nadal to Argentina, and for a time it appeared as though they might succeed. However, Nadal’s agent abruptly called off the plan.

According to Borges, who spoke to Argentine TV

“One day, Nicolás Lapentti calls me. He’s a former tennis player and event planner, and he had negotiated a tour to take Nadal to Ecuador, also for his brother Giovanni to take him to Mexico, and there was a date in Chicago, but they needed a fourth date because of Nadal. For less than four dates, would not have come on the tour for which 2.5 million euros would be paid on each date. For less than 10 million, he does not move.”

“Carlos Costa has a percentage of what he gets for Nadal, it will be between 5 and 10%, I don’t know, but when Fígoli appears and gives him 10 million dollars or euros, the guy wins a million and he didn’t care at all. And he thought that since he was Nadal’s manager, nobody was going to do anything to him, but it’s not like that. Costa is a villain and I told him so, but nothing matters to him. He believes he can do whatever he wants because he has Rafael Nadal behind him and I’ll tell you something. To bring a lawsuit against what is in my opinion the greatest sportsman in history, because his manager is a scoundrel, it does not amuse me, but the truth is that when someone causes you as much damage as this man caused us, we have no choice but to do it.”

It remains to be seen what happens next but it seems like Nadal had no role in any of this directly.