JOHN FURY has weighed in on who he thinks will win fight number two.
John Fury has picked Anthony Joshua to overcome the odds and reclaim his titles against Oleksandr Usyk in their second fight later this year.

Joshua’s do-or-die rematch with Usyk will see the Brit attempt to win back the WBA ‘super’, WBO and IBF titles after losing them to the Ukrainian in September. The pair are set to square off again on August 20 at the Jeddah Superdome in Saudi Arabia with the winner rumoured to face WBC champion, Tyson Fury, for the undisputed crown next.

In a recent interview, Tyson’s father John weighed in on his prediction for the Saudi showdown and revealed he is picking AJ. 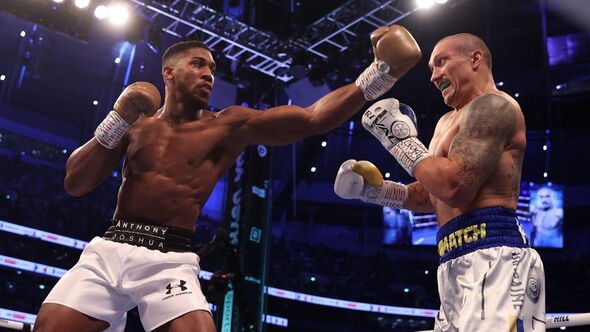 “Because for my money now he’s underachieved, because he’s better than what you’re seeing. He just needs the right people around him. I’ll always have time for AJ. He’s given us some great nights, he’s ducked nobody, he’s fought them all.

“Whoever they’ve put in front of AJ, give him credit he’s fought them. Yes, ok he’s lost, but he’s boxed hasn’t he. So, give the kid credit, he’s still only a very young man and I do believe with his size and strength and a bit more oil in his can and a bit more brain used, he can win his title for the third time and then who knows? You might get the big GK [Gypsy King] back! But, good luck to Anthony, he’s a nice kid.”

‘The Gypsy King’ announced his retirement from professional boxing in April after stopping Dillian Whyte at Wembley Stadium. Since the announcement, Tyson has claimed he would return to the ring to face the winner of Usyk-Joshua for a staggering £500m purse.