Drew McIntyre Trying To Get WWE Match With John Cena

There are only a handful of WWE dream matches left to take place, with a first-time ever singles clash between John Cena and Drew McIntyre near the top of the list.

With Cena set to make his long-awaited WWE return on June 27, there’s every possibility that McIntyre could challenge Cena face-to-face, with the former WWE Champion telling WWE’s The Bump that he wants to take on Cena: 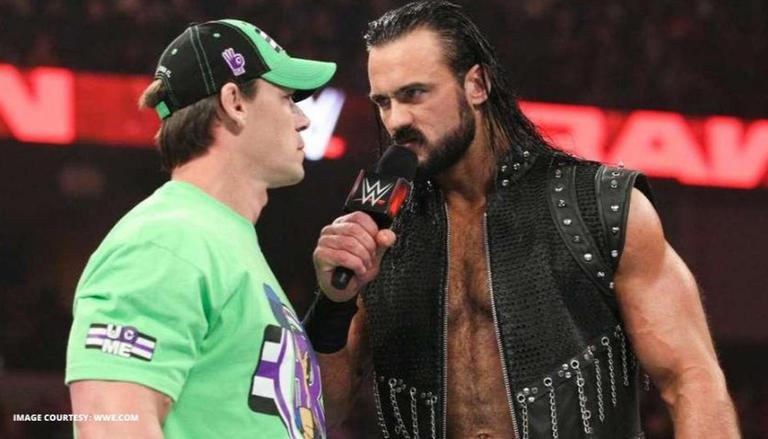 “I’ve called him out a few times, he hasn’t reciprocated and that’s okay,” McIntyre said. “I said I don’t need any help. So I’ll keep working forward, make things happen on my own. But if John and I end up in a ring together on day for one last match. That is one singles match I’ve never had. I’ll work and try and make it happen.”

Despite wanting to take Cena on in singles action, McIntyre revealed that he takes inspiration from the multi-time World Champion, especially after his WWE release in 2014:

“I’d ask myself, what would Cena do? He’d work his butt off 24/7. He wasn’t ‘fortunate enough’ to get the opportunities he got, he made that happen, and then he was rewarded for his hard work. And I really took on that Cena style work ethic. I do it to this day,” McIntyre revealed.