When Joshua faces off against Oleksandr Usyk for a second time on August 20 he will be fighting for more than just world titles – he will be fighting for the respect of the division. In a recent interview, AJ revealed that he feels the fact that he won a world title so early in his career is overlooked and that he doesn’t get enough credit despite his next contest being his 12th title fight in a row.

“I feel when I go and beat Usyk, I’ll get the credit I deserve again,” Joshua told ESPN. “And I’ll get the admiration for being a true boxing legend. I fought for the heavyweight championship in my 16th fight; I felt like it’s kind of overlooked.”

“This is my 12th title fight in a row,” he added.” I just feel like sometimes even though we’re selling out arenas and it’s good to be popular, I don’t really care for that stuff. I’d just want the respect in the division.” 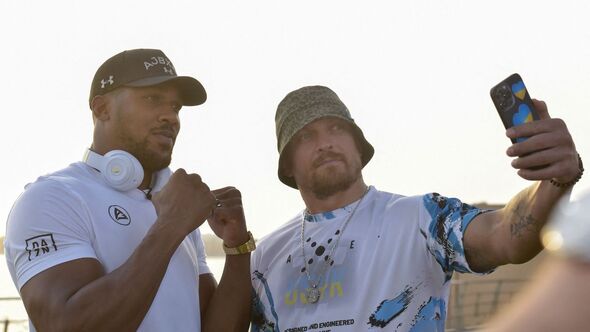 Joshua dropped his IBF, WBA ‘super’, and WBO heavyweight titles to the Ukrainian in September at the Tottenham Hotspur Stadium. The Brit was comfortably outpointed in a performance many criticised as being too passive. Since the defeat, Joshua has recruited the services of new trainer Robert Garcia, who alongside Angel Fernandez is expected to change Joshua’s approach to a more aggressive style in the rematch.

Talking about how Joshua is adapting to his new camp during Tuesday’s press conference, Garcia revealed that he sees a ‘different Anthony’ now.